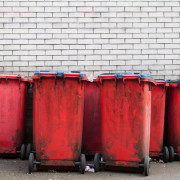 This summer as I sat on a therapist couch I recall sputtering something like this, “I don’t know what my problem is. I have a great husband and 2 amazing kids. I have something nice to drive and somewhere nice to live. I’ve never worried about where my next meal would come from. I’m healthy. Why is there a constant tugging at my soul to be gone….not be dead or run away, but just to evaporate?” The poor guy worked hard for his money when he agreed to take me on as a client. To summarize what he has told me over the timespan of several hours on that couch in his office, is that I’m a “bootstrapper”, as he calls it, when it comes to being able to turn off emotion and focus on task. He says I am naturally wired to be heavy in the compassion and guilt fields. He concludes that all this makes me “lower case neurotic”, which is much better than upper case neurotic or the dreaded ALL CAPS NEUROTIC, I suppose. He gave me a homework assignment that we would discuss on my next visit. The homework was to read a book and make a list of self-observations. He had me write down each time I felt bad about something, no matter how small, and what happened that made me have that feeling.

On the next visit we discussed the book, went through my list and concluded that I was pretty much feeling guilty all the time and most of the time for no logical reason. It all came down to two major problems that were about to send me to the looney bin if not put under control. Problem #1: I am a people pleaser. Problem #2: I suffer from false guilt.

I now have a short list of 3 bullet points that I keep written down on a piece of paper in my nightstand and as well as ingrained in my mind so I can recall whenever the situation arises. I’ve learned as I’ve began to implement these new rules for my life, that it’s taken some of the pressure off.

There are some people that even if I did everything they asked every time they asked, forgave them over and over for the same bad behavior and smiled while doing so, they would still have a problem with me. Can’t win them all…..shouldn’t try. I’m hard wired to be guilt prone. I’ll always struggle with it. However, when I strive to please God, not focusing on what others may think, I find peace. I still have days I want to evaporate. This year in particular has had more evaporation wishes than the norm, but there is a calmness in the madness when I remember who I aim to please. I’m finding since beginning to establish these boundaries that I feel more respected. Funny how that works. Sometimes I’m met with resistance, but the people who are meant to be in my life quickly love me in spite of (and maybe even because of) my new guidelines. The ones who become offended only do so because they are used to me being a doormat.

I was not taking out my emotional trash. We all have it, but I wasn’t taking mine to the curb by 6am on Friday every week so that the garbage man….sorry, I mean so that the sanitary disposal technician could come by to haul it off. Instead I was compacting my trash down and throwing more on top then mashing that down and adding more until it spilled all over the floor leaving me a rotten stinking hot mess on a little beige couch in a therapist’s office. Hopefully, this new outlook will keep me from moving to upper case neurotic.