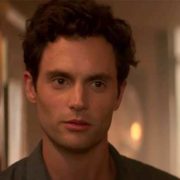 90/10.  That’s the ideal ratio for my idea of the perfect guy.  90% chivalrous, charming, thoughtful, laughs at your jokes, just because flowers, remembers your mother’s birthday, does his own laundry.  10% drags you, consensually of course, to the bedroom like a caveman.  This balance is delicate and necessary albeit hard to find.  If you have found that 90/10 hold on to him tight, you may not ever find a second one in your lifetime.  There may not be 2 of them in your town.  90/10s are scarce, but they are out there.  I found one in rural Kentucky so that should give you hope, especially for those of you in more populated, fewer Super Walmart type towns.

I watched season 1 of ‘You’ on Netflix a few weeks ago.  It was good, frightening, but that is what made it entertaining. Because my phone is listening to me and maybe my television is watching me, I log into Twitter and in timely fashion, begin seeing several people tweeting about the show, mostly about the main character, Joe.  I begin scrolling through; reading, judging, rolling my eyes.  Most of the tweets are from girls who liked Penn Badgley from his ‘Gossip Girl’ days.  I missed that trend.  However, thank you Netflix, I did look it up and watched a few episodes.  I watched ‘Beverly Hills 90210’ when I was a teen.  ‘Gossip Girl’ felt like the New York version of 90210 only I’m several years older than all the characters, which took the fun right out of it.  I do understand the Dan vs Joe comparisons, however there is one big difference.  Joe is a sociopath/murderer.  Around the time that he, spoiler alert, kills Beck’s boyfriend his charm dissipates.  Joe is a 10/90, as in 90/10 flipped which is a bad freaking deal.  This is what makes the show so scary.  10/90 men should make you feel that uneasy feeling that makes you want to run in a parking lot when you are semi-certain the man behind you is following you to your car.

I’m mostly concerned for the girls on Twitter who are in love with that 10/90 character. What the #@%!

The age of the Joe lovers certainly plays a part.  I get it. I still have a soft spot in my heart for Jason Priestly, but come on!  Maybe they haven’t been alive long enough to have experienced the effects of toxic masculinity.  Perhaps they have daddy issues, I don’t know, but it’s not healthy.  As a mother, my protection mode kicks in and I feel the need to DM each of these stalker-doting girls and remind them they deserve a man who is better, so much better, than Joe.  A man who is not quick to anger.  That as soon as he waves a jealousy flag, or you discover he has checked your emails, run, run as fast as you can.  His jealousy will restrict your freedoms. For the love of God the moment you discover he has kept a bloody tampon in the ceiling of his apartment, the romance is over.

Be on the lookout for the 90/10 not the 10/90.  Or, don’t be on the lookout at all, just be, but know the difference when you see it.  I’ll absolutely be watching season 2 of ‘You’ because I must see what that terrible kid, Paco, has to say for himself.  I need for him to at least carry some guilt for being complicit in Beck’s death by not opening the damn door for her.  However, I’ll be better prepared this time for the girls who cause feminism to take 2 giant steps backwards by adoring Joe on Twitter.  I have my DM responses prepared.

Until then, may I suggest watching ‘Handmaid’s Tale’ next.  That will flatten your affections for Joe quickly. Or, perhaps, consider turning off Netflix, logging off Twitter and going outside.  It might help. 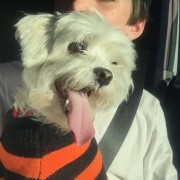 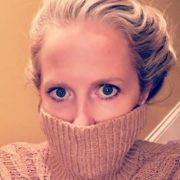 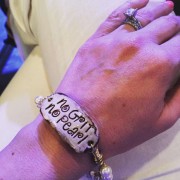 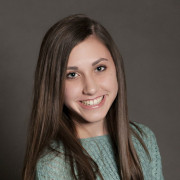 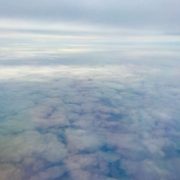