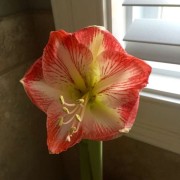 It’s the truth. I have more annoyances now than when I was younger. I think lots of it has to do with the older I get, the more people I know.  I have social media. Before having it I didn’t really know much, outside of my circle of good friends, about who was getting married, getting divorced, what they were eating for lunch, who they endorsed for president, their stance on gun control or that they enjoy placing their kids on railroad tracks to add a splash of danger to their family portraits.  I only knew the details of people of whom I had a close personal relationship.

Before I go on, I promise that this is not a blog post bashing social media or one that will develop into new year’s resolutions of using it less in the coming year.

I think that’s been done before.

Actually, I had decided not to have any resolutions this year at all because they always seem to fade away by March at best.

Who knows what will happen between today and January 1, 2017.

I can totally do most any goal for 30 days.

Like in 2015, I was a vegan mid-October through mid-November. It was some of the worst days of my life. I like cheese too much.  And I like not feeling hungry too much.  Also, you know what is vegan and completely legal to eat while on a vegan diet? Carbs. I was the world’s 1st chubby vegan. But I did it for a month.

I also did a 30 day squat challenge this past summer. No way am I doing an ungodly number of squats for 365 days. It wouldn’t happen. In the short term, however, I can persevere for the sake of my own ego and to have tight buns for the few weeks when is really matters, which is June and July when I spend peak amount of time at the pool.

Since I have a better success rate with shorter term goals, I’ve decided to take 2016 and divide it up into 12 equal parts.

I went ahead and assigned my goals for the first 3 months. At first, I was trying to assign goals to all 12 months, but let’s be real, I’m far too non-committal for that and it would end in failure. Why try something if there is a good chance you can fail? That’s my motto. It also may be why I’m not hugely successful at anything. But I digress.

As I said, I did think about and manage to set new month resolutions for the 1st quarter of 2016.

They are as follows:

January will be a long month.

When I hear about lifting weights from the person who has never given a crap about being in the gym until now, I will make a concerted effort to encourage them instead of taking bets on how long they will stay on course. I’m going to like Facebook updates about 5k races, dead lifts and CrossFit. I’m going to encourage them to keep at it. I hope this makes me less annoyed by all the talk that comes like clockwork this time every year.

I’m going to try and focus on being happy about seeing people giving it a shot. Win or lose. There is something to be said for trying.

February 2016. I am going to spend this month doing everything I can to keep myself from getting in that end of winter funk.

Every February, I get so sick of myself that I can’t even. All the retail stores are featuring their new spring lines and I’m over here with legs that haven’t been shaved in a week and a slouchy sweatshirt that I also slept in the night before.

I’m going to use this February to focus on not getting to that point. I’m going to take walks when the sun is out, even if it’s bitter cold. I’m going to think positive thoughts. Guys, I’m going to commit to shaving my legs every day this month. Every day. Pray for me. Hold me accountable, but don’t do it by feeling of my legs because that’s a little weird.

March 2016. I’m going to take lent seriously for the first time ever.

I just checked the calendar and it says lent begins February 10th and ends March 24th this year. Maybe I’m not taking it seriously enough by starting on March 1st instead of February 10th, but these are my resolutions, not yours so don’t judge.

I want to use the month of March to get in the mindset of how miraculous Easter really is. It’s amazing how much historical proof has been documented to confirm the validity of what the scripture says happened in the Easter story. I so wish reality television was a thing then.  The Easter story would for sure have won an Emmy.

I want to use this March to soak up the enormity of what I get the privilege of celebrating and being a part of. I don’t want the amazement of it to miss me this year.

So that’s what I’m ready to commit to at this point. I’ll worry about next quarter’s goals next quarter.

I’m so excited to see what happens this year. I have an itch in my bones that tells me it’s going to be a good one.

As for the rest of you, go to the gym and wait your turn in line for the treadmill.

I’ll be behind you cheering.