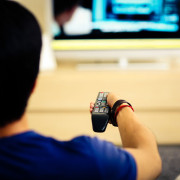 I have never been a fan of American Idol. I watched the first couple seasons way back when Simon Cowell, Paula Abdul and Randy Jackson were judges, but stopped watching because I couldn’t stand how mean they were to the contestants. I agreed with them many times, but I would have found a less abrasive way to tell the brave contestants they have no singing ability rather than making soul crushing remarks of rejection to them. Call it my southern upbringing, but being rude is never attractive. Simon would famously criticize the appearance of a contestant, telling them they don’t look the part forgetting it was a singing competition, not a beauty contest. He even would laugh at some people, like he did with the super talented Susan Boyle, for their un-Hollywood like style. This started a trend for all the other singing shows that have spring boarded off American Idol’s fame. They are all the same. Is there a rule somewhere that all singing reality shows must feature three famous celebrity judges, one of which is required to be a royal ass?

There is a show that has taken my fancy. The Voice. It looks the same as all the others at first glance. They have four celebrity judges (Christina Aguilera, Adam Levine, Blake Shelton and Pharrell Williams) who listen to countless numbers of aspiring singers and critique the artists’ performances. Each judge chooses contestants to be on their team by sitting in spinning chairs with big red buttons in front of them. If they like what they hear they push the button, spinning their chair around to reveal the identity of the singer. For the remainder of the season the chosen contestants work with their judge (coach) and compete against each other until a winner is ultimately selected at the season finale. What makes this show different and endearing is that the judges don’t get to see the contestants until after they have chosen them for their team. It has zero to do with appearance of performer and 100% to do with their performance….imagine that. If more than one judge chooses the contestant, the contestant can choose which judge’s team he/she would like to be on. That’s another one of my favorite parts of the show. In that case the judges vying for the contestant usually try to use flattery to persuade them to join their team. It’s fun to watch the awkward 22 year old IHOP waitress from Kansas stand there and watch as Adam and Pharrell fight over her. You can see the surreal experience playing out on her face. The show is refreshing in that every contestant gets a fair shot. It doesn’t matter what they look like. They are judged on talent.

One of the areas I volunteer in my community is in the student ministry at my church. Oh how I wish we could strap those teenagers in chairs and let them talk and get to know each other, not seeing the physical appearance until after conversation. Not until they’ve decided they want to push that red button and spin around. The spinny chairs would aid in developing more authentic and unlikely relationships. It would help cut those friendships that are mostly for status. It’s not just teenagers either. Adults do the same thing. We often gravitate towards people and form our friendships using the Simon Cowell method of judging. Relationships matter and life is just too short to be like Simon. He would pick contestants this week, then later eliminate them when their lack of talent becomes obvious. He passed up amazing contestants and chose some that weren’t as good based on the level of eye candy they offered. In contrast, Adam, for example, never seems to be negatively affected by the contestants surprise appearance because he has already fallen in love with their talent. The appearance is just an unimportant side note. His choices are more longstanding. It pains him to see them get eliminated as the season progresses because he chose them for honest reasons….being their singing ability.

My husband is the oldest of 5 siblings. His parents both worked to keep a roof over their heads, but there was never much extra money left for anything not necessary. He had clothes to wear to school, but it wasn’t the stonewashed Guess jeans that everyone had or the latest pair of Nikes. He remembers how he was judged by how he looked by kids he went to school with. One story that he always tells is of a teacher who made fun of him in middle school. He recalls wearing a pair of sweats this particular day and being picked on by kids because he had a hole in the knee of them. When a teacher overheard this instead of defending him he started making jokes with the bullies and teasing him as well. He talks of how much that embarrassed him and made him feel less than the other students. Flash forward 20+ years and my husband is with some business associates at a restaurant when he spots that teacher at another table eating. He walked over, shook Mr. Jerkface’s hand and asked him if he remembered him. He told him that he was a former student of his. The teacher didn’t remember so he told him his name. That’s when the old, balding, now retired teacher’s mouth dropped open. He did remember him. He couldn’t believe who that boy from his class so many years ago had become. The teacher seemed impressed, asked him where he went to college, asked what he does for a living and congratulated him on his accomplishments. My husband told him thanks for being part of putting that drive in him to succeed. When the teacher thanked him and asked him how he did that my husband told him something like this: “Because you made fun of me when I was in your class for what I was wearing. I was just a kid and it was all I had to wear that day. School was hard enough for me, but your comment that day made me more determined to prove everyone wrong. So thanks.” The teacher seemed obviously shocked and apologized having no memory of that happening. I wish that man had a spinny chair back when my husband was in his middle school class. He could have without unfair comparison clearly heard how smart, driven and ambitious his student was. He would have definitely hit that red button and not cared as much about the pants the kid was wearing.

We all want to be judged fairly. We hope that someone will look past our outward imperfections and see us for who we are. The person who offers that to us esteems themselves even higher when that happens. That person is an encouragement to us and adds fuel to our passions and talents. It builds us up and makes us better. When we offer that to others we discover relationships that are valuable and real. Most of us don’t look like the photoshopped images we see on the magazine covers, but we are all gifted with abilities that are unique to us. Not judging a book by it’s cover is easier said than done, but worth the effort. It’s win-win.

Would anyone choose Simon over Adam? If you know of anyone who would please let me know. I want to talk to them. As their friend you may consider having a heart to heart conversation with them. Friends don’t let friends admire Simon Cowell.

Freak In The Sheets
Scroll to top