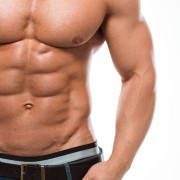 I logged onto social media recently and saw a petition going that was being shared. It seems there is a new movie about to premiere that features graphic love scenes and unchristian like values. Kind of like every other movie released. It has women talking about how perverse the new movie, 50 Shades of Grey, is. (I wonder how they know so much about it. Read the book perhaps?) By signing the petition I, as a Christian, agree that I’ll join them in not watching it. The blog attached to the petition was from a Christian woman expressing how the movie is basically like cheating on your husband, by committing adultery in your heart from lustful thoughts the movie would create in your mind. What the what? She went on to talk about how it has what love really means all wrong and is degrading to women. Yes, I agree with that, but I’m still waiting to hear how this movie was selected as the poster child for Christians to boycott when it’s by far not the first or the last to have a non-biblical relationship showcased. I agree on many points, Christian Grey is not the kind of guy I hope that my daughter ever meets one day. However, I can make a long list of other fictional movie characters that I’d rather her not date too. (Dr. Hannibal Lecter comes to mind as being top of the fictional creeper list of people I never want to call me Mom.) I understand the thought behind blog/petition and I think it was drawn up with good intent. I also fully support people’s right to express their own opinion (hence this blog). My knee jerk response to this blog/petition request is to say, “I’ll watch it if I want to. You aren’t better than me. Don’t tell me what to do.”

It brought to mind Chick Fila circa 2012. I’m a vegetarian and wouldn’t consider eating their chicken, but I do love their waffle fries and peach tea. As a good Christian girl, I’m expected to eat there because apparently they are owned by a Christian and are closed on Sundays. I’m cool with playing along with that because, as I said, I really like their waffle fries. That all changed when somebody there said something that branded them as anti-gay. A big group of Christians decided the best way to show love would be to spend a bunch of money on chicken in support of them. The drive thru line was backed out to the street. Facebook was exploding with petitions to sign in favor of eating at Chick Fila. The media had a field day with it. Conan O’Brien tweeted “This Chic-Fil-A scandal has got me worried. I want to go to Arby’s but I don’t know where they stand on the unrest in Syria.” THIS is what Christians decided to picket about? Seriously???

Take a 5 min look at the opening story of the news any day of the week and you will hear stories of innocent people being beheaded in Syria, sex trafficking, boats searching the sea for a black box or gang related crimes. But please, by all means, let’s put all of our effort into policing what movie will turn me into an adulteress if I watch or where I should buy chicken. I look at all this and feel deeply saddened knowing this is among the reasons why people are so turned off by the church and their perceived narrow minded viewpoints. I wonder how many people look at this kind of thing unfold in the media and are filled with a burning desire to check out what this whole Christianity thing is all about. I’d imagine not many. If I am repulsed by it, then I’d guess anyone who is not a believer would be so even more.

I am much more inclined to follow someone who lives a life of goodness and integrity. One I can admire by seeing how they handle life situations, not one who tells me how to handle mine. One who is salt of the earth and lives in a way that attracts by how they live rather than what they say. One who shows love and offers advice when asked, but doesn’t cast judgment because they don’t assume they have all the right answers. That’s the kind of Christianity that might draw some positive attention. What I choose to wear, eat, read or watch at the theater, for example, is a matter of personal preference and conviction….and honestly none of anyone’s business. There are just bigger fish to fry. We should certainly take a stand against injustices! When we speak up, however, let’s make our voices heard in a way which makes progress for the greater good….things that really matter. Christian on Christian shaming is wrong. Can we agree that some things really do have grey areas? (pun intended)