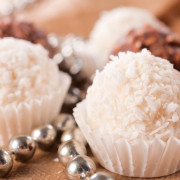 My New Year’s Resolutions don’t involve weight loss. Here’s the thing. I really don’t care as much what I look like when my pale white legs that haven’t been shaved in 4 days are covered with leggings and tall boots. I try not to stress when I gain my winter 8 because those 8 pounds will be layered with a sweater, scarf and coat. I’ll work out and count every calorie that goes in my mouth beginning in February through the 1st week of October. For the next 3 or 4 weeks I’m content being the doughy girl who forgets her fitness app’s password and keeps a steady diet of sugary goodness in her belly. I will reset my password on MyFitnessPal and squeeze into spandex soon enough.

I have, however, been thinking of what I can begin doing tomorrow that will make me a better person in 2015 if I keep it up throughout the year. Here’s what I came up with.

FIrst: If I’m not part of the story or part of the solution to the problem at hand then I don’t want to talk about it. Gossip damages relationships. It shatters trust. It causes us to harbor resentment. It only allows for one side of the story. It makes us turn into narcissist, thinking that every time certain people are together they must be talking about us. Also, I’ve found it to be true that if someone will gossip to you, they will gossip about you. We have to have friends that we can share our frustrations with and get advice from about relationships in our life, but the line needs to be drawn when the story is not mine. If the story isn’t mine then I shouldn’t be telling it.

Second: Speak kinder. I recently read an African proverb that simply said “The axe forgets. The tree remembers.” How wise that person was to have put such a grand thought into such a simple phrase. The words that haunt me are most likely words that the person who said them doesn’t even remember. They were most likely spoken without any thought given to them. When I was in elementary school there was a boy who called me fish lips because of how full my lips are. I ran into him recently and he now has his own family and was very nice when speaking to me. The entire time he spoke to me I felt self-conscious of my lips. I’m certain that if I had told him how much he hurt my feelings by calling me names that he would have looked at me confused having no idea what I was talking about. My 2nd resolution is to think often on that short but powerful proverb……I don’t want to be an axe.

and Finally: Martin Luther King was quoted as saying, “Let no man pull you low enough to hate them.” As sort of a part two to my previous resolution I want to not only intentionally speak kinder, but also to let go of the unkind words already spoken. Once, just a few years ago, I was deeply hurt by the words of someone and was discussing it with my dad. He told me to forgive them. I asked him how I was supposed to forgive them of something they’re not sorry for. He told me, “You don’t have to get an apology from him to forgive him.” It sounds silly as that is something I should already know, but it did change my thinking on the matter. If I sat around waiting for that person to feel bad for their actions and say sorry I’d be an old lady still holding out on an apology which will never come. The hurt eventually turns to sadness which turns to resentment which stirs up hate in my heart. The person at fault not only said something hurtful but now would have my emotions held captive creating negativity in my life. I can’t let that happen.

That’s enough for me to have swimming in my head for 2015. Not gossiping, speaking kinder and letting go of past hurts is something I can work at. Hopefully at the end of next year I can see how it improved my life and those around me. Now I’ll go back to eating the leftover Christmas M&Ms. So happy my resolutions this year don’t require me to get off the couch today.